Congratulations to the 2063 Weaver League Champions, the Amity White Sharks! 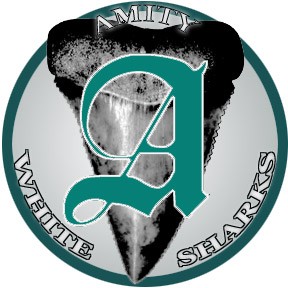 For a fanbase so accustomed to success, Amity’s recent Weaver Cup drought of 12 seasons was starting to become a concern. After back-to-back 116 win seasons ended with consolation prizes, White Sharks fans were clamoring for a slash-and-burn rebuild, convinced that the veteran core in place was just not good enough to be a viable contender. Management, however, was convinced that their steady approach was the right path: gather veteran depth through trades and the FA pool, draft great pitching, and skillfully play the matchups to put the team over the top in 2063.

Amity’s championship fairy tale really began at the end of 2062. With Sapporo claiming their second straight Polanski crown, management opted to surgically retool their roster for depth at key positions. Longtime stalwart 3B Home Run Baker was dealt away at the trade deadline for 3 players (1B Chris Nen, SS Nels Lochhead, and RHP Jack Blair) and a R1 pick. Also, after a strong recruiting pitch focused on Amity’s championship legacy, RHP Mike Clark was signed away from Cairo in Free Agency to bolster an already excellent rotation. With RHPs Evan Landry and Luc Gauthier, as well as LHP John Hutchison, Amity could make a credible claim to being among the Inferno League’s best pitching staffs.

On the offensive side of the plate, Amity was propelled by its All-Star caliber outfield. RF Christian Yelich (.294/35/87) won the IL MVP, CF Cristobal Torriente (.270/23/47) finally flashed the skills that made him a top prospect, and LF Harry Plantier formed a potent platoon with LF Corey Xin. Shrewd trades for 2B Denys Harkush and 1B Elmer Hershey at the trade deadline plugged 2 more holes in the lineup and proved to be big upgrades at their positions.

In the ILCS round, Amity faced their longtime rival, the New York Nukes. White Sharks-Nukes has been a fixture in the ILCS for nearly the entire history of Weaver, and this iteration proved to be just as exciting as years past. After splitting the first 4 games, New York won Game 5 at home 3-0 and looked poised to claim the ILCS in Game 6 with a 3-0 lead entering the bottom of the 9th. Nukes RHP Al Burkett may have started partying a little too early, though: with a clear lack of focus on the mound, Burkett’s command abandoned him and Amity was able to somehow rally to tie the game 3-3 in the 9th, eventually winning it in the 11th. Then, in Game 7 with everything on the line, White Sharks analytics experts made a gutsy call. 1B Chris Nen would be called on to start, despite not having played in the series. Nen would go on to repay the analysts’ faith, capping a dramatic series turnaround by crushing a decisive HR in Amity’s 3-2 Game 7 win.

With the momentum train rolling on Amity’s side, Rio’s storybook campaign came to a stunningly swift end as the White Sharks swept the Jaguars in the Weaver Series 4-0. RF Christian Yelich and RHP Mike Clark dueled for Weaver Series MVP: Yelich hit .647 with 4 HRs, while Clark logged 16.1 innings and only gave up 2 runs.

White Sharks players and management is now tasked with an enviable goal: can Amity repeat and claim the franchise’s 10th Weaver Cup, tying them with Entebbe? The haters might say that the Polanski is ripe for a turnover and that this was a one-time fluke… but the smart money in Vegas knows that it is foolish to ever bet against the White Sharks. Congrats Amity!